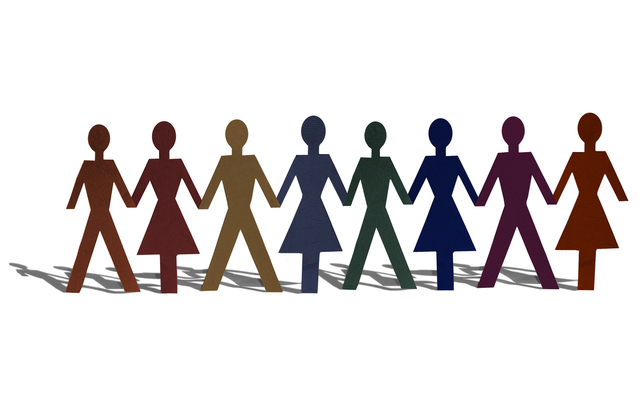 It is an extended season of rancorous debate. In the surrounding culture, the tone of political conversation has a sense of frightening desperation about it. Even in the ecclesiastical world in which I live and breathe (United Methodism), the divisions in our church are often clearly and painfully illuminated.

As a follower of Jesus, I am interested, not only in the particular position that one holds on an issue, but also in the process by which he or she arrived at that position and, even more important, the way in which he or she engages with those on both sides of the issue.

I have long believed that arriving at a passionately held opinion is the least demanding portion of ethical discourse. Strong opinions, while they may involve a certain degree of deductive or inductive reasoning and sophisticated cognition, require no artistry, nuance, or relationship. They demand nothing more than an individual’s intellectual assent to an articulated position. Following the intellectual assent, the opinion often becomes as comfortable for its holder as rhythmic breathing—rarely contemplated, but regularly expressed.

Holding strong opinions is the easy part. Everyone can do it and normally does.

The real challenge of ethical discourse, however, involves the territory that surrounds the opinion. Has the opinion been reached in a manner that is intellectually holistic and experientially reinforced? Has the opinion been cultivated with a reasonable attentiveness to all of the available data and not simply the portions of data that reinforce our preexisting predilections? Has the opinion been liberated from the weight of rhetoric and tested with the scrutiny of an open and rigorous mind? And is the opinion held with the kind of flexible intellectual grip that permits illuminating engagement with differing viewpoints? These are the questions that lead one well beyond the simple speaking of one’s mind and into the undulating terrain of ethical contemplation and moral decision-making.

If one is a Christ-follower, the task becomes even more complex. Christianity’s narrative is one that is rich with seemingly absurd instructions: Do not simply speak the truth (or speak one’s mind), but “speak the truth IN LOVE” (Ephesians 4:15). Do not simply insist on a particular course of action, but reflect a spirit that is “not arrogant or rude…or irritable or resentful” (1 Corinthians 13:5). Do not become idolatrous about particular opinions, but be perpetually aware of the fact that “our knowledge is imperfect and our prophecy is imperfect” (1 Corinthians 13:9).

In the face of a rather complex social issue in his day, the Apostle Paul addressed the question of what Christ-followers are to do about eating meat that had been offered to idols, since there existed an ethical and theological disagreement between those who felt free to eat what they wanted and those who felt obligated to adhere to strict dietary laws. Paul’s counsel in the matter bears witness to his conviction that, at least in certain matters, the particular position one holds is less important than the manner in which she or he holds it:  “We are no worse off if we do not eat, and no better off if we do. But take care that this liberty of yours does not somehow become a stumbling block to the weak…If food is the cause of [people’s] falling, I will never eat meat, so that I may not cause one of them to fall” (1 Corinthians 8:8-9, 13).

In this particular moment of Paul’s interpretation of Christian ethics, he expresses the rather countercultural idea that one’s individual viewpoint cannot be so monolithic and uncompromising that it refuses to allow for the preservation of that diverse and heterogeneous community that Christians call church. In other words, to borrow Paul’s language from earlier in this same portion of Scripture, love is the governor of individual opinions and not the other way around, since “knowledge puffs up but love builds up” (1 Corinthians 8:1).

What does all of this have to do with us? Consider this: Followers of Jesus, if they are to be true to the narrative by which they are called to live, must be specifically Christian, not only in the opinions that they hold, but also in the manner in which they arrive at those opinions, steward those opinions, and communicate those opinions. To borrow the Apostle Paul’s framework, Christ-followers are simply not permitted to elevate a particular conviction, whatever that conviction may be, above their moral responsibility to preserve and honor the kind of Christ-centered community that is durable enough to accommodate differing viewpoints without rancor, without malice, and without a sharp-edged insistence upon one’s own rightness.

The Christian narrative, of course, in no way removes from the Christ-follower the responsibility of developing and holding passionate personal convictions. Christians are not called to be devoid of individual perspective. What is powerfully unique about the Christ-follower’s individual perspective, though, is the way in which the Christ-follower is called to manage and articulate it. Specifically, Christ-followers are called to hold and offer their convictions in a manner that bears consistent witness to their stubborn refusal to value their opinions over their relationships with those who do not share them. I see this as a critical portion of the sanctification of individual perspectives. Granted, a person may eventually discern that it is time to separate from a particular segment of community because his or her convictions differ so substantively from the direction of that community that the convictions can no longer be lived out with integrity. Even on those occasions, however, the separation must be stewarded with the kind of durable love that seeks to build more bridges than walls, more understanding than condemnation.

Practically speaking, all of this will mean that Christ-followers will commit themselves to listening respectfully and attentively to opposing viewpoints, thereby avoiding the temptation to become nothing more than “a noisy gong or a clanging cymbal.”

It will mean that Christ-followers on both sides of an issue will refuse to allow the issue itself to become a divisive litmus test for relationship, thereby ensuring a commitment to being “patient and kind…not envious or boastful or arrogant or rude.”

It will mean that Christ-followers will be far more interested in standing on the solid ground of ever-expanding discernment than they are in jumping on the bandwagon of convenient and divisive rhetoric, thereby generating a spirit that “bears all things, believes all things, hopes all things, endures all things.”

Most of all, it will mean that Christ-followers will live with a perpetual and holistic awareness of the fact that, irrespective of what decisions are made related to various issues, our life-giving hope and deepest deliverance are not to be found in a particular collection of viewpoints, but in Christ’s astoundingly gracious invitation to participate in an often countercultural and radically peaceable Kingdom in which “faith, hope, and love abide, these three; and the greatest of these is love.”

2 thoughts on “Opinions, Convictions, and Community”