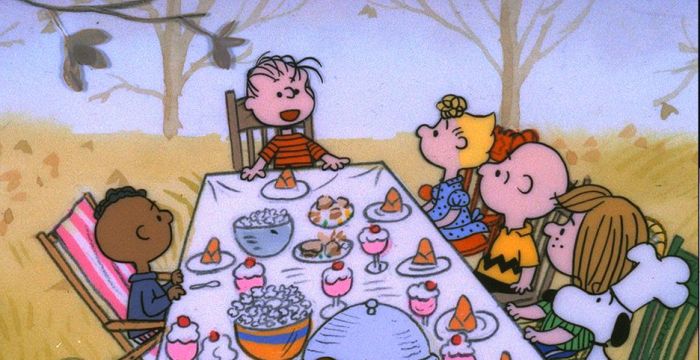 November of 2017 marks the 44th anniversary of the release of “A Charlie Brown Thanksgiving.” I watched it every year during my childhood. These days, in my “adult childhood,” I still make it a point to watch it every November.

There are moments in “A Charlie Brown Thanksgiving” that are particularly noteworthy. Sometimes funny, sometimes poignant, sometimes playful, these moments, long before I was aware of their impact, helped me to pay attention to the world and its nuances. Here are some of the moments I have in mind: 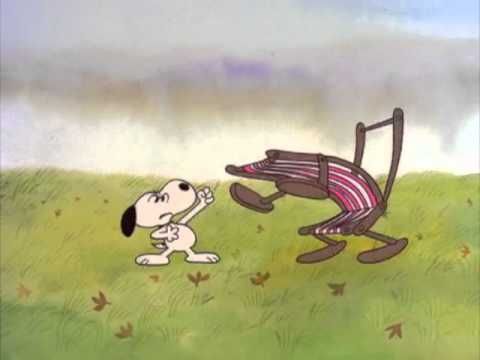 SNOOPY’S BATTLE WITH THE ORNERY LAWN CHAIR—Tapping into the frustration that most of us have experienced with uncooperative folding lawn furniture, Snoopy’s passionate fight with the anthropomorphic chair ranks as one of the great moments in all of animation. I think about that scene whenever I have difficulty opening up the folding chairs at church, which is often. It is a slapstick lesson in fortitude, a ridiculous but cautionary moment that makes a case for a raw “get-r-done” kind of gusto. 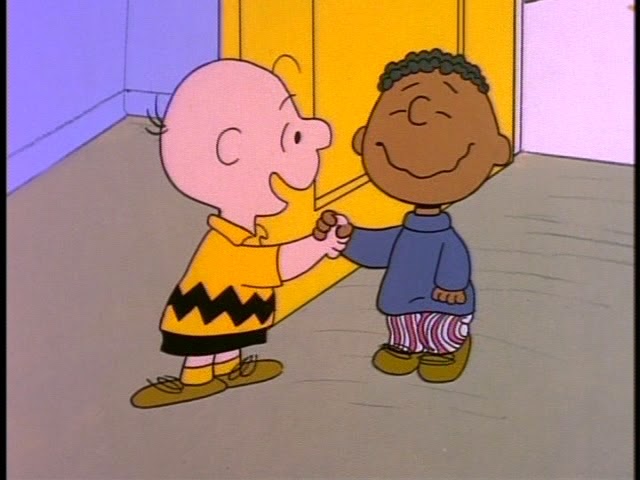 FRANKLIN’S UNIQUE GREETING WHEN ENTERING CHARLIE BROWN’S HOUSE—When Peppermint Patty and Marcie come through the door, they greet Charlie Brown with simple hellos. But when Franklin, the only African American boy in the story, comes into the house, he and Charlie Brown exchange a pronounced and audible slap of hands. In light of the fact that this was 1973, such a greeting was a slap heard round the world—a moment of communicational intimacy that signaled the continuing development of a new age in race relations, even in the world of animation. 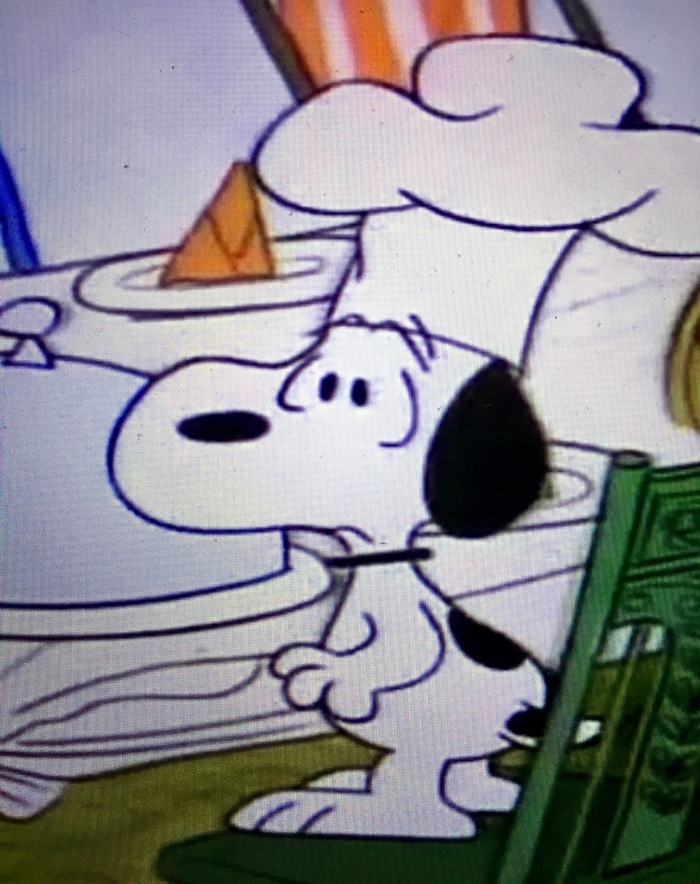 SNOOPY’S PANICKED EXPRESSION WHEN HEARING THE INVITATION TO PRAY OVER DINNER—Peppermint Patty calls for someone to pray over the Thanksgiving meal. Snoopy, in a split-second response, looks suddenly panicked, as though he’s afraid that someone might look to him for the blessing. That sudden look of canine consternation makes me laugh every year because of its creative illumination of a very common spiritual reluctance. “Please, God, don’t let anyone ask me to pray out loud!”

SNOOPY’S TOASTED EAR—While preparing for Thanksgiving dinner, Woodstock the bird accidentally puts Snoopy’s ear in the toaster, then butters it. No dinner, I suppose, is complete without a spoonful of personal sacrifice and a dash of vulnerability. 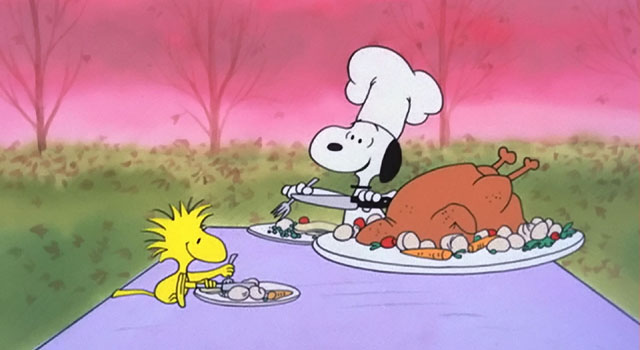 WOODSTOCK’S FONDNESS FOR POULTRY—It hit me in late elementary school that, in the closing scene, when Snoopy and Woodstock sit down for a turkey dinner, Woodstock is actually committing a form of avian cannibalism before my very eyes. I wonder if the turkey was accompanied by some fava beans and a nice chianti. 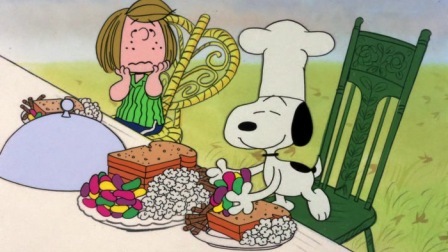 AN ECLECTIC THANKSGIVING MEAL—The actual meal that Charlie Brown serves to his friends includes jellybeans, pretzels, popcorn, and toast, reminding everyone that the beauty of the feast is always in the eye of the (hungry) beholder.

LINUS’ PRAYER—When Linus quotes the prayer that was prayed by Elder William Brewster at the first Thanksgiving meal, it is the only moment in the entire animation that his security blanket is not visible. What a winsomely subtle way of making the point that, when Linus experiences the security of prayer, he no longer needs the blanket. 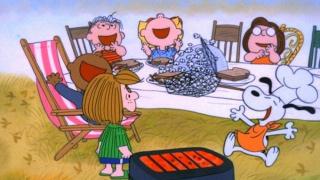 THE SPONTANEOUS REJOICING—When the children receive word that they are all invited to Charlie Brown’s grandmother’s house for a real Thanksgiving dinner, they erupt with a joyful fervency normally reserved for Steelers games and Springsteen concerts. Their child-like exuberance awakens within me the desire to do everything I can to make the church into the kind of place that always—always—invites children to the table. 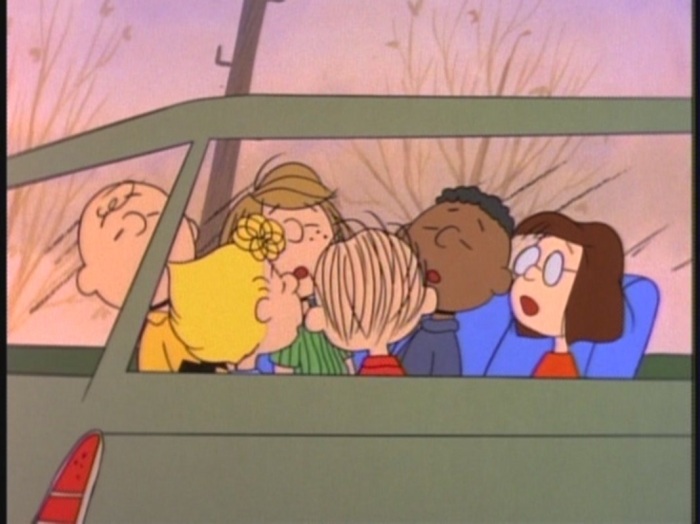 THE REALISTIC SINGING—In the car, when the children sing “Over the River and Through the Woods,” they are neither unified in their tempo nor disciplined about their tonality—meaning that they sounded exactly like every group of singing children that I have ever heard (except for the Jackson 5 and that time that the Brady Bunch kids became the Silver Platters). Their joyful and spirited singing reminds me of how grateful I am that music has occupied a significant place in my life. I want it to occupy such a place in many lives. 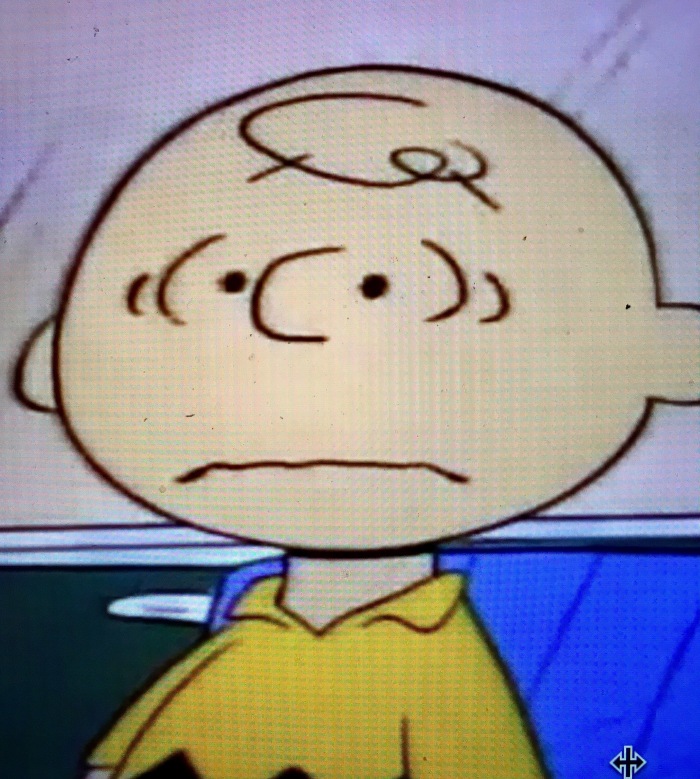 THE ACKNOWLEDGEMENT OF THE MOVEMENT TO SUBURBIA—“There’s only one problem with that song,” Charlie Brown says about the bucolic “Over the River and Through the Woods” as the children sing the song together.

“My grandmother lives in a condominium!”

By uttering those six words, Charlie Brown concludes the production with a bold and prophetic acknowledgement of the frightening implications of suburban sprawl, generational compartmentalization, and architectural homogeneity. It is a subtle but appropriate warning to a culture that frequently runs the risk of forgetting that rivers, woods, and grandmothers are never to be taken for granted.

If you watch “A Charlie Brown Thanksgiving” this year, pay attention. It offers some wonderfully whimsical and insightful moments, even after 44 years.

3 thoughts on “Life Lessons From “A Charlie Brown Thanksgiving””