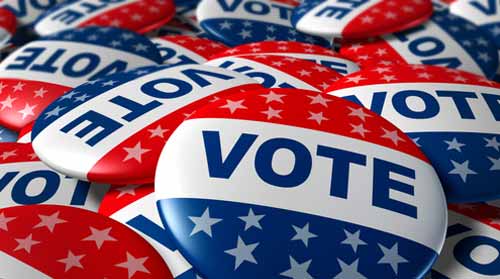 “Let’s talk politics!” Wow. Could there be any weightier phrase to utter in these tense and difficult days? Do you feel your anxiety increasing, even as I ask the question?

It is sometimes hard for the church to know what to say during a Presidential election. In every church, after all, there are Republicans and Democrats, Independents and Libertarians, along with people who don’t quite know where to locate themselves on the political spectrum. Some want the church to be absolutely silent about the election, so that worship might be a safe and restful sanctuary from the world’s political conversations. Others long for the church to be more aligned with a particular party’s platform, since they believe the issues of that platform to be essential to the moral health of our nation.

Having been a pastor for nearly twenty-eight years (during which time I have walked with churches through seven Presidential elections), I have come to conclude that it is not the church’s best work to advocate for a particular party or candidate. It is absolutely the church’s best work, however, to incarnate and practice the alternative politics of God’s Kingdom and God’s Way, irrespective of who is President and which party’s voice is dominant in our nation. My goal has always been to preach a Jesus who consistently refused to be coerced or co-opted by the political systems of his day and who, two-thousand years later, continues to both transform and transcend the political landscape.

But, if the church cannot lobby for a particular party or candidate, what CAN the church offer to this angry, anxious, and politically divided nation? At the very least, perhaps we can demonstrate a way of approaching the election that reflects the transformation that we believe Jesus is bringing about in our individual lives and in the world—a transformation in which perfect love casts out all fear and in which visionary justice and radical compassion commingle in a spirit that is more about a shared humanity than it is about dehumanizing the “other.”

What will it take to bring about that kind of approach to an election? It might take a sacrificial and deeply personal commitment to a few counter-cultural and thoroughly Biblical impulses:

First, perhaps we can commit to the kind of durable civility that enables us to hold our political convictions deeply and personally while at the same time refusing to disparage or demonize those whose convictions are vastly different than ours, even if we believe that they are fundamentally wrong in their conclusions. Scripture calls us to “be of the same mind” (Philippians 2:2), but it never demands that we hold precisely the same opinion or viewpoint. Christ-followers who can recognize the sacred personhood of individuals on the other side of a political or philosophical divide will be able to bear witness to the way in which Jesus continues to bridge the chasms that so often exist between us.

Second, perhaps we can allow the Holy Spirit to help us to recognize that, if a person does not stand where we stand on the vitally important issues that this Presidential election has raised, our political and philosophical differences do not entitle us to come to definitive conclusions about that person’s faith, integrity, or moral character. As soon as we declare that someone cannot be listened to—or cannot be a Christian—if she or he supports this person or that person, this cause or that cause, we have traveled well beyond the boundaries of our limited discernment and claimed an authority for ourselves that is simply not ours to claim.

Third, perhaps we can pray our way into a desire to pursue the hearts and minds of the people who see things very differently than we do, so that we might become every bit as passionate about hearing as we are about being heard, every bit as desperate to understand as we are to be understood.

Fourth, perhaps we can pause more frequently to acknowledge with gratitude the fact that we are living in a country that allows for precisely the kind of political diversity that we are now experiencing. While the experience is painful and infuriating at times, it is also a reflection of a network of freedoms that many countries in our world have never experienced. A spirit of gratitude may very well go a long way toward ameliorating the resentment that we might be inclined to accommodate.

Fifth, when we hear a campaign commercial that sounds more like an attack on another candidate than an expression of compelling vision, perhaps we can discipline ourselves to pause, breathe deeply, close our eyes, and pray for the souls of both the candidate who approved the commercial and the candidate who is being criticized, so that we might cultivate compassion rather than cynicism.

Sixth, perhaps we can see this election as an opportunity to commit ourselves, more holistically (both personally and congregationally) to the things that God values, so that, irrespective of who is elected, we are trafficking in the “politics” and rhythms of the Way that Jesus inaugurated. I am speaking here of a refusal to accommodate injustice in any of its expressions; a protection of the voiceless and the vulnerable; a dynamic love for the least, the lost, the most painfully marginalized, and the most callously disenfranchised; and a wholehearted devotion to a worldview that values repentance more than rationalization and sanctification more than indifference.

Seventh, no matter for whom we vote, perhaps we can pause every day to pray for all the candidates and their families, so that our prayers might soften and strengthen our hearts and so that our petitions might become the supernatural conduits through which God can travel into the deep places that only God can reach.

Eighth, and perhaps most importantly, as Christ-followers, perhaps we can approach the voting booth prayerfully and with a deep spirit of peaceful rest and unshakable hope, celebrating the Truth that, irrespective of who resides in the White House, the most significant and influential political realm of all is an already-inaugurated Kingdom, the throne of which is occupied by a crucified and resurrected Jesus who never has to campaign, whose promises are supremely reliable, and whose superintendence of human history is beautifully secure.